A Mongolian Water Scientsts Forum was organized on 19 March on the occasion of World Water Day. The Forum was sponsored by the Global Water Partnership and 2030 WRG and sought to prioritize and analyze water issues in the sector and make recommendations and provide proposals for an appropriate solution and approach to implementation. 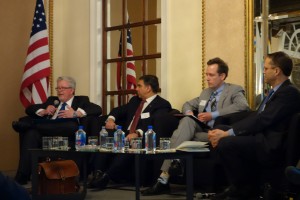 “A huge challenge lies ahead of us: we must invent our water future together,” WWC President Benedito Braga said at the event, “Water Security: A Pathway to Sustainable Development,” held in Washington, DC on March 20th ahead of World Water Day 2015.

“To succeed, we need the political decision-makers and the international community to come together to implement changes,” Braga said. “Through investment in water security, we will guarantee security in most other domains, including energy, environment, food, and health.”

As negotiations over the new Sustainable Development Goals, which replace the Millennium Development Goals that expire this year, move into the home stretch, “we must concentrate and mobilize all our efforts to make sure water is appreciated, not only as an end in itself, but as a means for sustainable development as a whole,” Braga said.

“The year 2015 is not an opportunity the world can afford to miss. There is no time to waste.”

But panelists agreed that the water community has not done as effective a job as it could to communicate why policy- and decision-makers should prioritize water.

They also agreed that more work is needed to bring all stakeholders to the table in discussions of water security.

“We have been trying for 40 years to get water to rise up on the political stage,” said Zafar Adeel, director of the United Nations University-Institute for Water Environment and Health. Water has had to “ride in on the coattails of food and energy, because that’s where it’s easier to see monetization.”

Adeel said the private sector has an important role to play in addressing water challenges. It can bring in needed capital resources; is better geared to scaling up from the local to the national level; and is better at applying appropriate technologies and partnering with stakeholders to determine what works and what the market responds to.

But as Anders Berntell, Executive Director of the 2030 Water Resources Group, noted, the private sector is one of the actors often left out of discussions on Integrated Water Resources Management.

John Oldfield, CEO of NGO WASH Advocates, stressed the need to get finance ministers and prime ministers, rather than just water ministers and presidents, invested in solving the global water and sanitation crisis. He cited recent work by the World Bank and US national intelligence agencies, which respectively made a case for the high economic costs of poor sanitation and water as a national security issue, as examples of the kind of work needed.

Other participants noted that cultivating political will to address water challenges can be a question of providing the right kind of data to decision-makers.

Berntell said his organization is trying to do just that. “With statistics and figures, the government does take action,” he said.

John Tubbs, Director of the Montana Department of Natural Resources and Conservation, noted that there is often a “disconnect between science and policy … Science needs to recognize what [kind of data] policy needs.”

Richard Damania, Global Lead, Economics, at the World Bank Water Global Practice, said the links between water and climate change are “very deep,” and “if you don’t get management of water right for changing climate, there will be economic repercussions”.

But “We haven’t done a good job of communicating this,” he said.

WWC President Braga said he saw growing political will for a standalone water SDG, and was “confident” that there would be financial resources to back political commitments to solving global water problems.

“If you have good projects, money will come through the government and private sectors,” he said.

He said as part of its efforts to continue engaging stakeholders in discussions on water and sustainability, the WWC has reached out to the agricultural sector and to hydropower producers.

The WWC has signed a memorandum of understanding with the UN Food and Agriculture Organization (FAO) to promote more efficient water use in irrigation, and is also working with agribusiness and farmers’ unions to promote balanced water use at the river basin level, Braga said.

“I have the expectation that during the (World Water Forum) in Korea, agricultural water use will be more important,” he added.

The 7th World Water Forum will be held from April 12-17 in Daegu-Gyeongbuk, South Korea.

India has expressed its concern over Ganga barrage mega project as it might cause backflow of water and siltation, Water Resources Minister Anisul Islam Mahmud said yesterday. “Now we are trying to address the problems and we can easily resolve it,” he said at a workshop on Multi-Stakeholder Engagement on Water Resources Management in Bangladesh at a city hotel yesterday. The programme was organised by Water Resources Planning Organisation and 2030 Water Resources Group of the International Finance Corporation (IFC).

Bangladesh needs to complete the project as soon as possible to have sufficient positive impact of the project for both the countries so that at the time of next round of negotiation for Ganges treaty, it would be easier for Dhaka to convince New Delhi, the minister said.

Bangladesh and India share 54 common rivers. Ganges Barrage is a $4bn project and Bangladesh has sought Japanese assistance to implement the project.

Foreign Minister AH Mahmood Ali at a meeting with Indian Water Resources Minister Uma Bharati in September in new Delhi shared the documents of the barrage for their consideration.

About Teesta river, Anisul Islam Mahmud said the water flow of this river is the lowest in the current year.

Bangladesh used to have 1500 to 1800 cusec of water flowing through the river but now it came down to only 300 cusec causing serious problems for farmers in the northern region, he said.

This is an indication of the fate of other common rivers, he said.

He hoped that India would keep its promise and sign the Teesta water sharing agreement with Bangladesh.

Bangladesh and India were supposed to sign Teesta water sharing agreement in 2011 but due to strong resistance from West Bengal Chief Minister Mamata Banerjee, it could not have happened.

The Minister of Water Resources in his speech suggested that 2030 WRG should focus on the greater Dhaka watershed as opposed to the entire country to achieve greater impact. The workshop included a break-out session in which three thematic areas (Water Governance, Greater Dhaka Watershed Restoration and Efficiency in Agricultural Water Use) were discussed.

New Delhi has expressed concern over a mega project undertaken by the Bangladesh government for construction of a barrage in the Padma (Ganges) river, water resources minister Anisul Islam Mahmud said on Wednesday. He referred to India’s argument that if the Ganges barrage mega project is commissioned, it might cause backflow of water and siltation. The minister was speaking at a workshop on multi-stakeholder engagement on water resources management, organised by Water Resources Planning Organisation and 2030 Water Resources Group of the International Finance Corporation (IFC) at a city hotel.

Dwelling on India’s concern about the proposed Ganges barrage project, Mahmud said, ‘Now we are trying to address the problems and we can easily resolve it.’

He said Bangladesh and India signed the Ganges Water-Sharing Treaty for 30 years and 18 years had already passed.

Bangladesh needs to complete the barrage project as soon as possible to have sufficient positive impact on both the countries so that at the time of next round of negotiation for the Ganges water treaty, it would be easier for Dhaka to convince New Delhi, the minister said.

The proposed Ganges barrage project involves an investment of $4 billion. Bangladesh has sought Japanese assistance to implement it.

Expressing his concern about decline in the flow of Teesta waters, Anisul Islam Mahmud said, ‘ We’ve seen a drastic fall in water flow in the Teesta river. Actually, what I want to say is the Teesta river, in this dry season, saw the lowest 300 cusecs of water flow while it was 1,500-1,800 cusecs (cubic feet per second) during the same period in the previous year. This is an indication of the fate of other common rivers.’

He hoped that India would keep its promise and sign the Teesta water sharing deal with Bangladesh soon.

Bangladesh and India were supposed to sign Teesta water sharing agreement in 2011 but due to strong resistance from West Bengal chief minister Mamata Banerjee, it could not happen then. 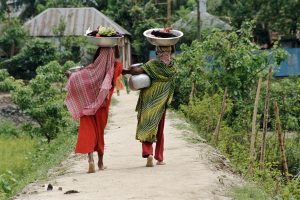 The event is a follow-up on the High Level Dialogue held earlier on October 18, 2014 and aims to present the recommendations of the analytical studies and bring high-level stakeholders from the government, private sector and civil society together to discuss potential next steps towards initiating a 2030 WRG program to address water security and resource management issues.

Mumbai, 2 March — A project development workshop was organized in collaboration with the Department of Agriculture, the Government of Maharashtra, agribusiness companies, and enabling institutions to identify Public-Private Partnership (PPP) project concepts across the cotton, sugarcane, grain/pulses, and fruits and vegetables sector value chains to address the Aurangabad area water security issues.

The workshop is part of a larger engagement in the State of Maharashtra focusing on unlocking PPPs for Integrated Agriculture Development (PPP-IAD) with an emphasis on ‘More Income per Drop’ to enable water-efficient Agri GDP growth in the State.