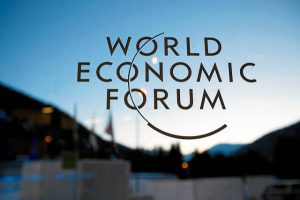 Paul Bulcke, Chairman of the Board of Directors of Nestlé, initiated his co-chairmanship of 2030 WRG by highlighting the recently launched World Economic Forum Global Risk Report in which water has remained the common denominator for many years in a row. He emphasized that water security remains a precondition to the successful resolution of other pressing development issues. Mr. Bulcke remarked on the scale of the water challenges facing us today and emphasized that ideas are needed to be able to operationalize multi-stakeholder partnerships at scale while aligning commitments and targets with ambitions.

Hosting by the World Bank
Karin Krchnak was introduced as the new 2030 WRG Program Manager, stationed in the World Bank in Washington, DC. The World Bank Water Global Practice Senior Director Guangzhe Chen presented on the World Bank’s priorities, and outlined the opportunities for synergies and collaboration with 2030 WRG and its partners going forward.

The Governing Council members acknowledged the efforts of the IFC and the Water GP team in managing the transition of the 2030 WRG from the IFC to the World Bank, and thanked Anders Berntell for his leadership over the last six years.

Opportunities for synergies and collaboration
Elsa Galarza, Minister of Environment of Peru, elaborated on 2030 WRG’s support to the government’s water strategy and spoke about the importance of a neutral platform that engages all actors in the water debate. She highlighted the Taxes for Projects initiative as a good example of a concrete multi-stakeholder partnership that leads to concrete results.

Scaling up
Participants reviewed the state of play of 2030 WRG activities. In 2017, 2030 WRG brought together 642 partners in 46 working groups in 14 countries/states. Together, 72 priority areas have been agreed and 83 concept notes developed to concretize those areas. To date, 67 proposals have been developed, preparatory arrangements for 58 of these proposals have been elaborated, and 53 of these are being implemented on the ground.

Participants agreed that scaling up with ambition includes paying closer attention to transboundary issues, transcending sectors and expanding 2030 WRG’s geographical spread to include the poorest countries, where needs are extremely high. Following the meeting, discussions were held with partners who may be interested in joining 2030 WRG.