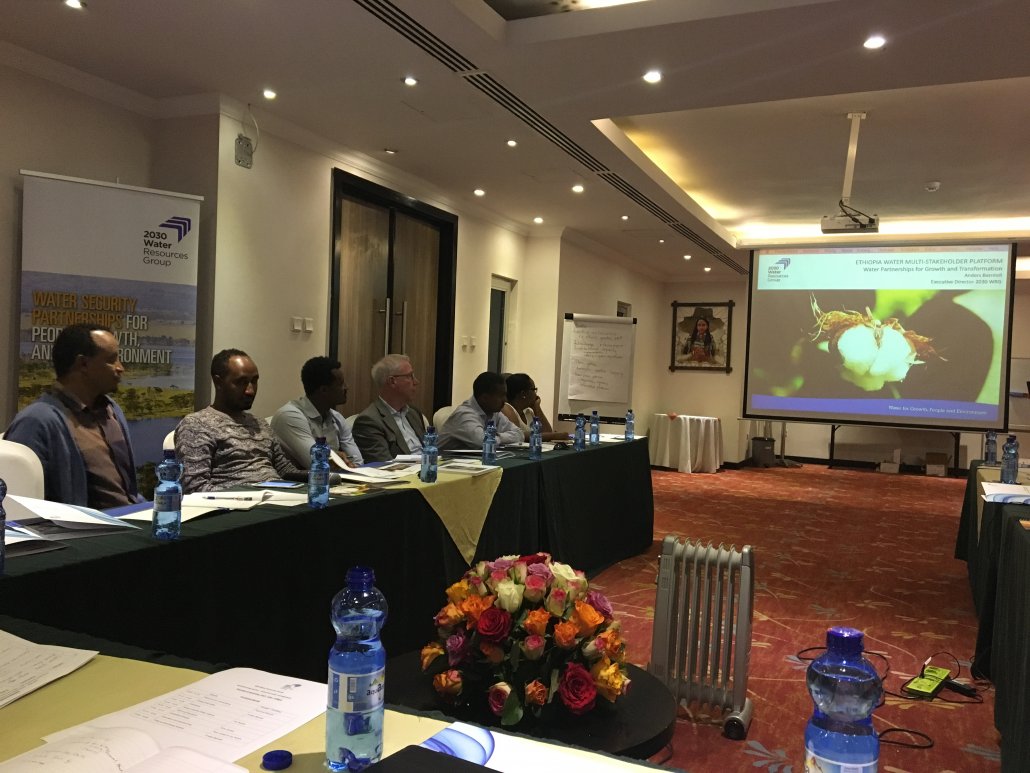 Addis Ababa, November 9, 2017 – The 2030 WRG team in Ethiopia has recently held two brainstorming sessions, entitled Water for Agriculture’ and ‘Water for Industrialization’. The meetings were conducted as part of a series of consultative meetings with potential public, private and civil society partners in anticipation of the establishment of a national Ethiopia 2030 WRG multi-stakeholder partnership.

The sessions were well-attended by active industry practitioners from Ethiopia’s water sector. Ideas to accelerate water use efficiency were explored as well as water productivity improvements in the agricultural and industrial sector. The findings of the brainstorming sessions will be used as input for an upcoming hydro-economic analysis for Ethiopia.

The analysis will support partners in identifying and aligning joint initiatives towards sustainable water resources management goals, thereby enabling long term economic growth. It will include an overview of the Ethiopian water context, to be used by policy makers for high-level decision making, and will define concrete roles and investment opportunities for the private sector.

The sessions were attended by the following stakeholders:

In an effort to further expand 2030 WRG’s reach beyond its current scope, the Governing Council members agreed at a meeting in January 2016, to scout other potential countries where our partnerships could help countries achieve a water-secure future. As a result, a short scoping assessment was held mid-2016, to map existing stakeholders, assess the political economy and willingness of government to engage with the private sector. Following this successful mission and an official invitation by the Ethiopian government, a hands-on team was recruited to set-up and roll out the 2030 WRG program in Ethiopia.