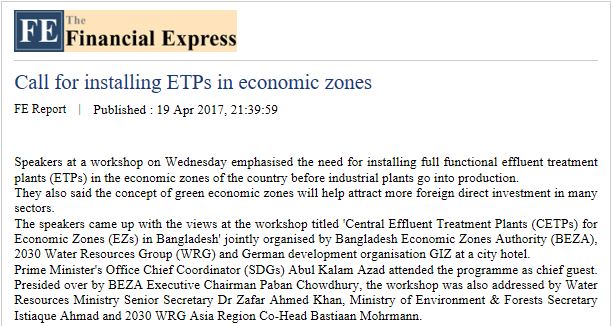 Speakers at a workshop on Wednesday emphasised the need for installing full functional effluent treatment plants (ETPs) in the economic zones of the country before industrial plants go into production.

They also said the concept of green economic zones will help attract more foreign direct investment in many sectors.

Terming Bangladesh as the most vulnerable country in terms of environment, Mr Azad said the government has taken the plan to establish 100 EZs across the country by 2030 where strict maintenance of CETPs is a must to protect the environment.

He said 80 per cent of waste water produced worldwide is discharged without treatment while the rate in Bangladesh is around 99.90 per cent.

However, he said there is a scarcity of human resources in the country for effluent and sludge management both in public and private sectors.

Despite having significant potential in producing electricity from sludge management, the country has not yet got any success in this regard, Mr Azad added.

Mentioning BEZA’s commitment to protect the environment for sustainable development of the country, he said CETPs in the EZs are considered a viable wastewater treatment solution for industries of all sizes and scales.

BEZA has already selected around 36,000 acres of land to establish EZs till now which will reach around 75,000 acres finally, he added.

A memorandum of understanding (MOU) was signed among BEZA 2030 WRG and GIZ to initiate a technical and knowledge-based partnership to facilitate establishment of CETPs in the under-construction EZs in the country.FE News Coverage Workshop on CETP 19 April 2017. 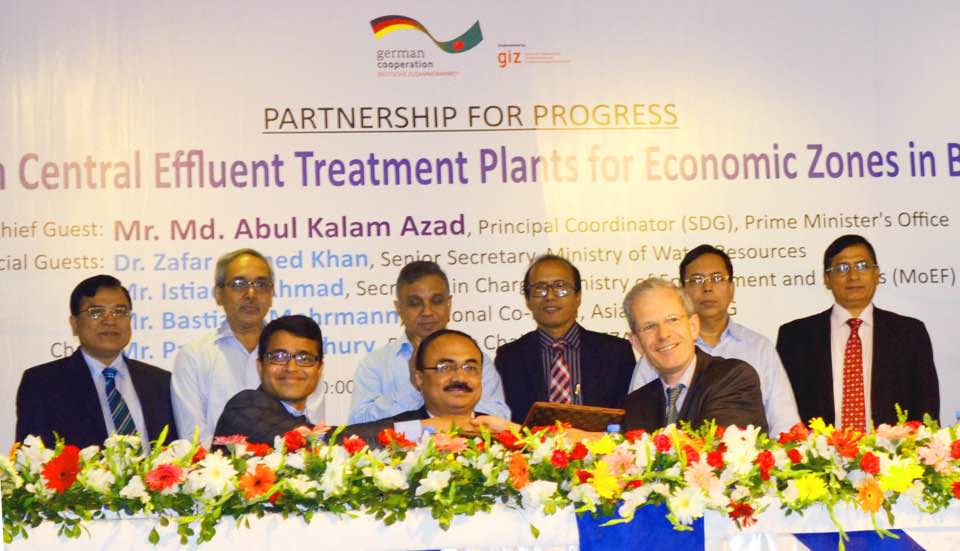 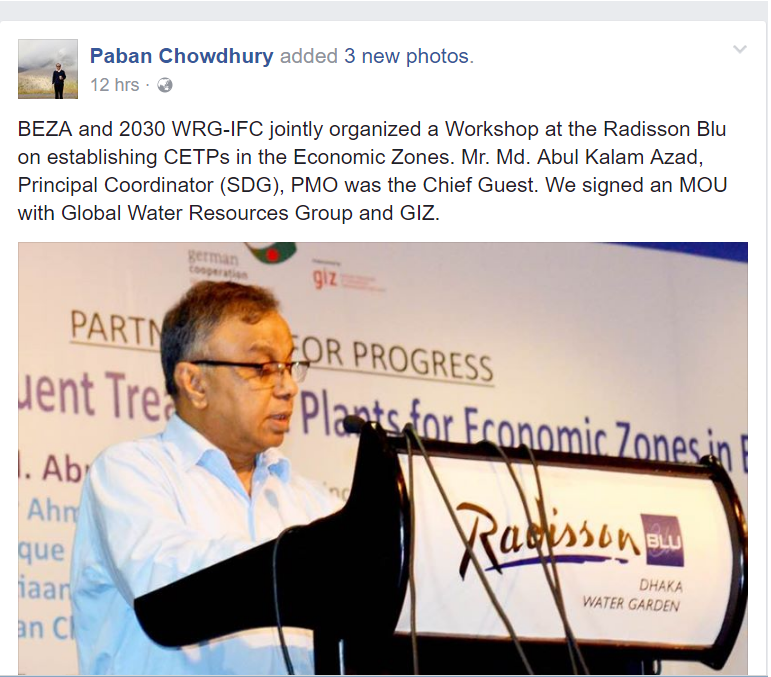