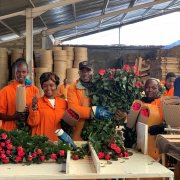 The Mount Kenya region—which encompasses Meru, Nyeri, and Laikipia counties—is like no other region on earth. Despite straddling the equator, the region enjoys a temperate climate, and rivers fed by glaciers from Mount Kenya flow through the region. It also receives 12 hours of sunshine a day—all year round. Taken together, these factors make the region a perfect place to grow flowers. Unsurprisingly, the region has become one of the world’s top flower producers. In fact, it is now home to approximately 40 commercial flower farms that export flowers to markets all over the world. In total, flower farms in the region account for about 1,100 hectares of cultivated land. The flower industry in the Mount Kenya region contributes approximately US$60 million (KSh6 billion) to the local economy and is thus is a major engine of economic growth in the region.

Lolomarik Farm with Mount Kenya in the background

“It is difficult to be a commercial grower here. Smallholder farmers think that we are using up all the water from the river. They blame us when they don’t have enough water during the dry season. And when it floods, like it did last April, we are also blamed because some farmers believe that the greenhouses in our farms prevent rainwater from percolating into the ground,” says Topper Murray, Managing Director of Lolomarik Farm, a rose farm in Laikipia County, Kenya.

The truth is, commercial flower growers in the region have been practicing integrated water resources management to minimize business costs and risks for some time now. Using rainwater collection infrastructures such as plastic-lined reservoirs, they have been supplying most of their farms’ water needs.

“Two years ago, there was a long drought. Many farms had to stop irrigating their farms and they had no crops in the ground. But Lolomarik was able to continue growing because we had, over the year, already stored 5,000 cubic meters of rainwater per hectare to supply our greenhouses,” Murray recounts. “This is why we invest 16 percent of our revenue each year in water storage systems.” 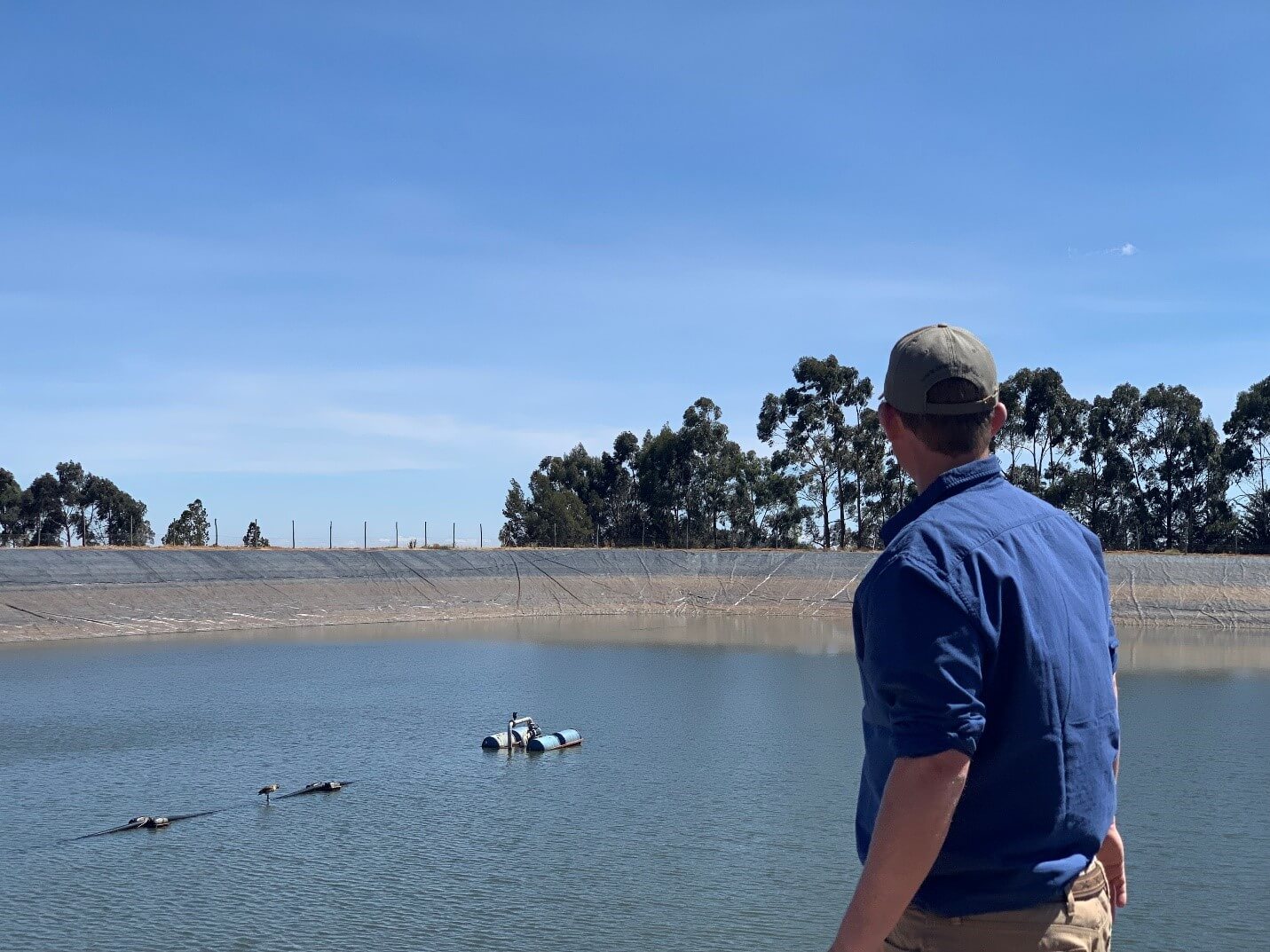 Fortunately for members of the Mount Kenya Growers Group, an opportunity presented itself when the Mount Kenya Ewaso Water Partnership (MKEWP)—an initiative facilitated by 2030 WRG and supported by the Laikipia Wildlife Forum (LWF)—approached Murray. MKEWP has already been working with local Water Resource User Associations (WRUAs) to address water resources management issues in the region. MKEWP knew that a conversation about water resources management in the area must include all water users in the region, and that means bringing commercial flower growers to the table.

“We invited them into our greenhouses. For each farm we have, we have two simple plastic-lined reservoirs each containing 80,000 cm3 of water. When they saw our reservoirs, they were amazed at how much rainwater could be collected in just one reservoir,” remarks Murray.

During one such visit, a smallholder farmer who was impressed by the amount of water stored in one of the reservoirs in Murray’s farm asked about the cost of building a reservoir. Murray replied that building such a reservoir would cost approximately KSh30 million. The farmer looked thoughtfully at Murray and replied, “if a group of farmers like me get together and contribute some money, we could also build a storage facility like that!”

“At that moment, the farmer realized that, with a little coordination, owning a water storage system is not out of their reach,” Murray recalls. “The Mount Kenya region receives enough rainfall to supply the needs of the region; we just need to find a way to collect it. If we can help smallholder farmers build modern water storage systems, many of our community’s water challenges could be overcome.” 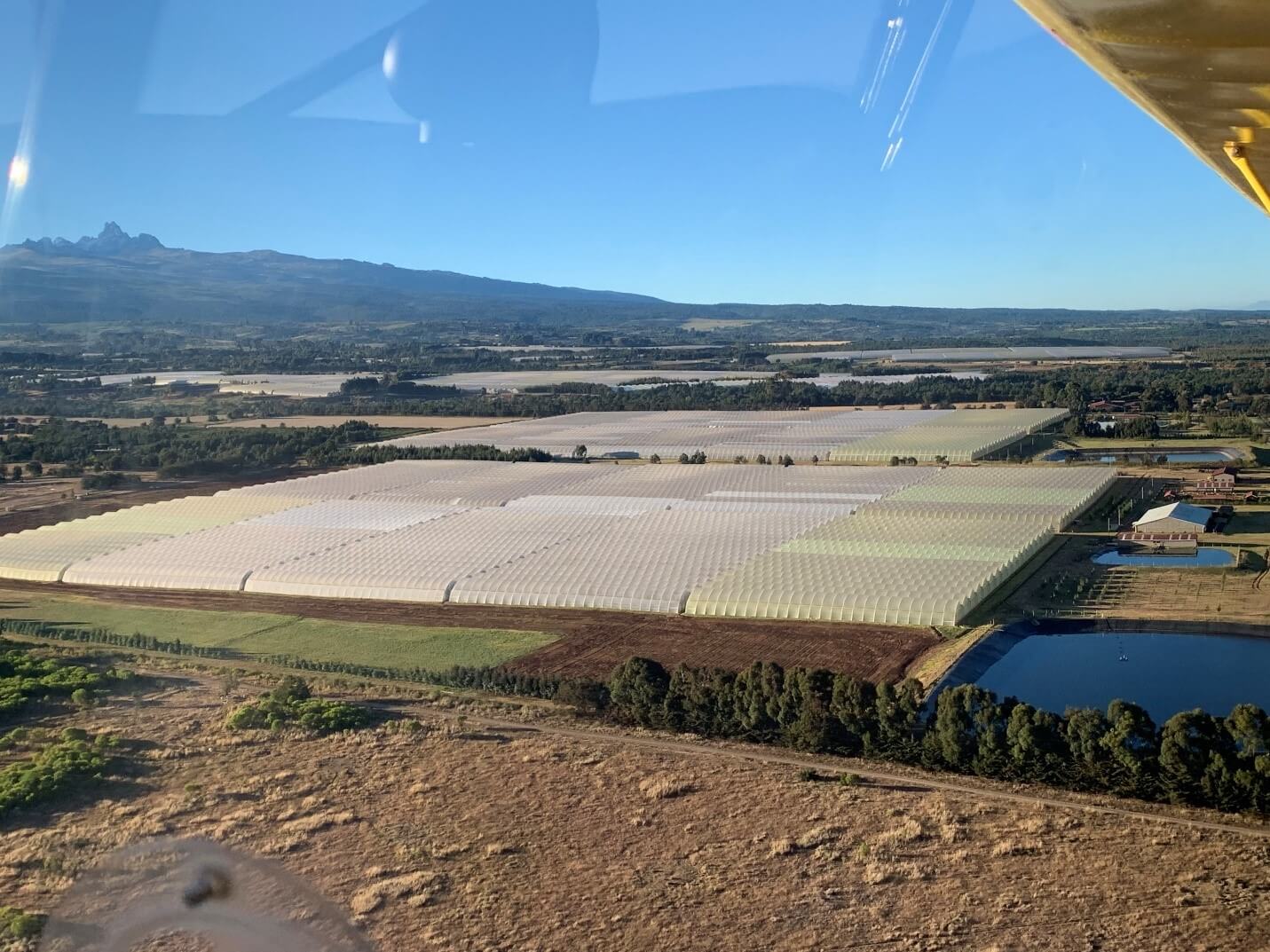 In addition to sharing best practices about water resources management with smallholder farmers, Murray also wanted to help smallholder farmers to maximize the potential of their land. In one of his farms, Murray built a small-scale demonstration plot with a chicken farm and a cow to show farmers how much they could produce with an eighth of an acre of land, which is the size of a typical family farm commonly called shamba. “We wanted to show smallholder farmers that they can grow enough crops on their shamba to provide enough food for the family and still have leftover to sell in the market if they manage their farms using a holistic approach,” says Murray. 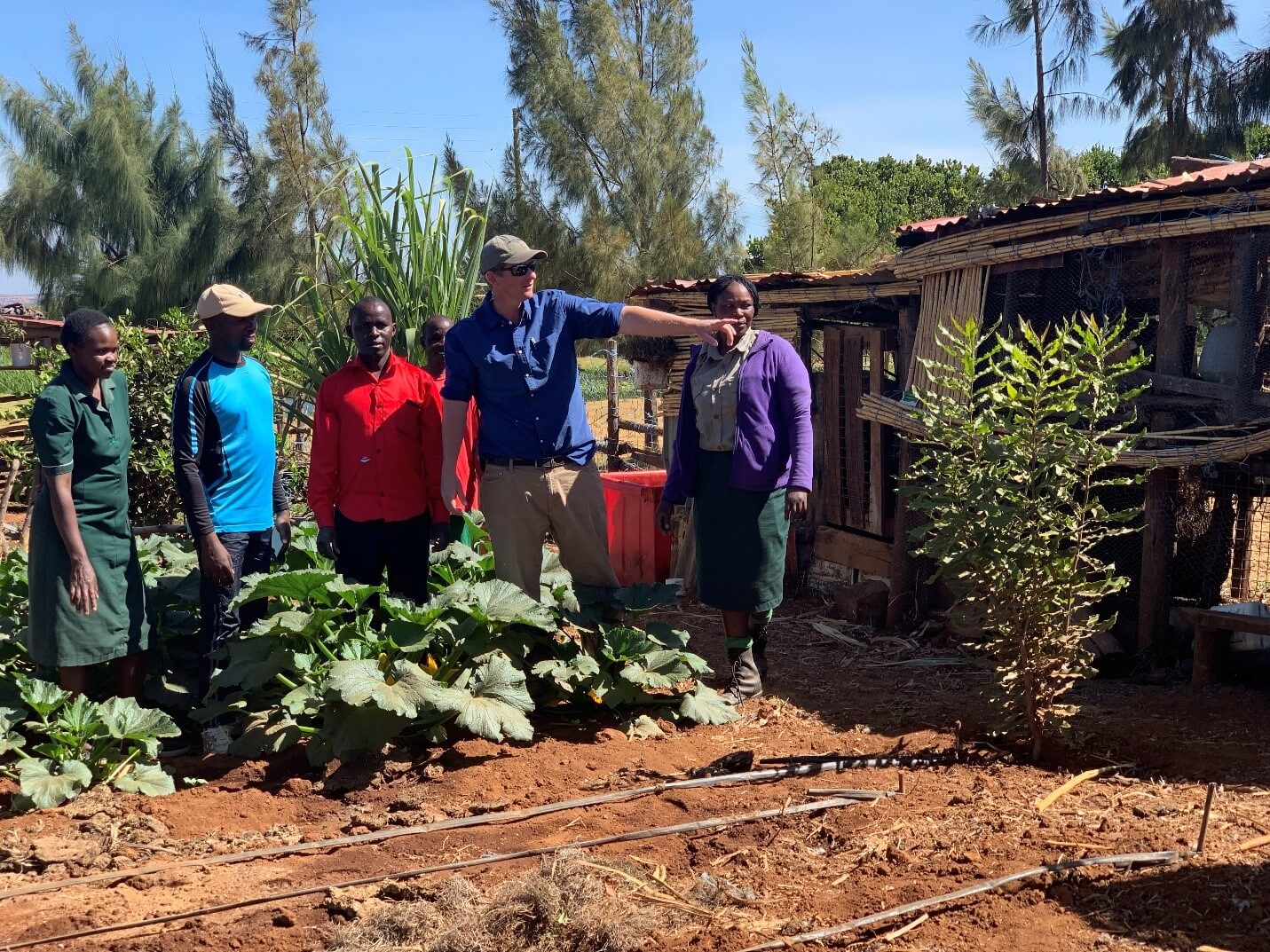 It is through interactions like this that many smallholder farmers in the region begin to see commercial flower growers not as inconsiderate competitors for water resources, but as responsible water users in their community who are willing to share their knowledge about agri-water best practices. For Murray, engagement with smallholder farmers is not about public relations for the flower industry. “It is about transparency. It is about knowing that you are doing the right thing,” remarks Murray.

Murray believes that more could be done to ensure everyone in the region has the amount of water they need, and he believes that MKEWP has another role to play. Just as MKEWP acts a bridge between commercial flower growers in the region, MKEWP could also act as a bridge between all water users in the region and the public sector. “If we want to address system water issues such as inadequate water storage facilities and illegal abstractions, we must work with the public sector. Only when we all work together will we be able to achieve holistic water resources management,” Murray states.

The Mount Kenya Growers Group is a membership organization that represents 20 commercial flower farmers in the region. Together, these farms account for approximately 600 hectares of cultivated land in the Mount Kenya region. They directly employ 9,600 people, half of whom are women, and indirectly benefit about 96,000 people in the area.

The Mount Kenya Ewaso Water Partnership (MKEWP) is a partnership of public, private and civil society organizations committed to socially acceptable, economically favorable, and environmentally sustainable management of water resources in the Ewaso Ng’iro North Catchment area. Spearheaded by the County Government of Laikipia and Mount Kenya Growers Group, and supported by the Kenya 2030 Water Resources Group, the partnership provides a mechanism through which water access, use, management and conservation in the Upper Ewaso Ng’iro North Catchment area could be addressed.

The Laikipia Wildlife Forum (LWF) is a membership organization founded in 1992 to address a set of common natural resources management issues in Laikipia, Kenya. Since 1992, LWF has grown to include 6,000 members, many of which are community natural resources management groups such as Community Forest Associations, Water Resource User Associations, Wildlife Clubs, and Conservancies of group ranches.