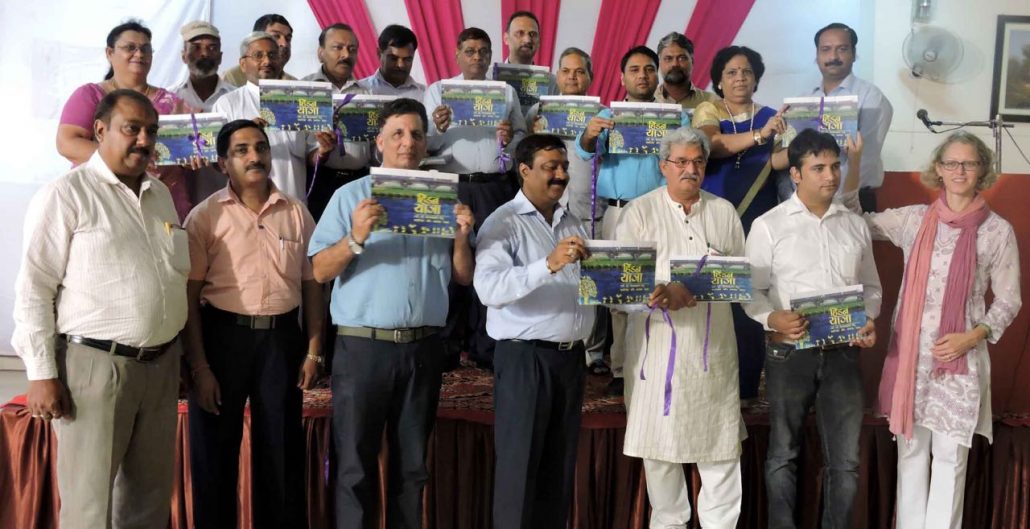 The Hindon Yatra event in Shamli on Thursday 26th of August in City Greens Auditorium was well-attended by high-level representatives of local industry, community, research organisations and administration. The District Magistrate extended his full support to the rejuvenation initiative and proposed to establish a permanent committee to monitor the execution of the projects in Shamli. Dr. Umar Saif of HIFEED coordinated and moderated the event and inspired all dignitaries to make pledges and promises to take concrete project ideas forward into implementation. Children had practiced to sing a song about “Harnandi” (Hindon River) which was performed gracefully. Besides paintings and drawings youth had made 3D models depicting the sources pollution: fertilizers and pesticides in agriculture, industrial effluent and household sewage. Demonstrating thorough understanding of the issues and potential solutions to save water and revive the water bodies, the group of around 200 youth present was shining rays of hope for the future.

The workshop was attended by more than 200 children, 100 participants representing various stake holder groups including government, civil society, academia and research, industry, public representatives and NGOs. Representatives from villages around river Hindon also attended the workshop to discuss the actual state of the river as well as setting up a strategy to save Hindon on their part.

Photos from the Shamli event