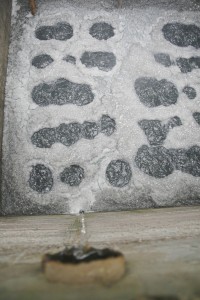 Two analytical studies, commissioned by 2030 WRG, were conducted in August, 2014, in Bangladesh: an economy-wide information analysis of water issues and challenges, and research on water security issues in the textile and leather sectors. Government officials and key decision makers in the Planning Commission and the Ministry of Water Resources showed a keen interest to collaborate with 2030 WRG during an initial scoping mission in 2013. Momentum for action was created after a high-level dialogue on October 18, 2014, attended by representatives from the government, private sector, and civil society organizations. The Planning Commission requested the 2030 WRG to submit a concept note as a prelude to signing an agreement in early 2015.

Bangladesh is located downstream of three large basins, the Ganges, the rahmaputra, and the Meghna. Surface water pollution, seasonal variability of surface water, and the largely flat geography of the country have resulted in a major dependence on groundwater resources. Only 0.4 percent of surface water runoff is stored for effective use. However, groundwater resources are not viable no-risk options. On the one hand, arsenic, salinity, and pollution levels pose challenges related to water quality. On the other hand, the groundwater table is going down by 2 to 5 meters every year in some parts of the country. This poses a threat to sustainability and reliability of groundwater use.

“In Bangladesh we live with extremes. Too much water during the monsoons and too little during the dry season,” said Dr. Zafar Ahmed Khan, Secretary for the Ministry of Water Resources in Bangladesh. He explains: “Managing water resources is crucial and of high priority because of seasonal variations and the ever-increasing demand-supply gap in the agricultural, industrial, domestic and other sectors. We have immense challenges to face in the water sector due to population increase, land use changes, economic development and climate change. The Ministry of Water Resources aspires to work closely with the 2030 WRG to address those challenges.”

In Bangladesh, the 2030WRG initiative includes identifying, collecting, and aggregating water security-related data and information sets, at the national level with a specific focus on two industries, leather and textile. Raising awareness of the water challenge in Bangladesh (scale and urgency), in an effort to mobilize, and engage ‘new actors’ to engage in the water debate and activities in Bangladesh is essential. In light of these activities, a stakeholder mapping will be conducted to identify relevant and active water stakeholders. Key focus areas within the industrial water sector will also be recommendations on where a 2030 WRG Bangladesh partnership could add value.