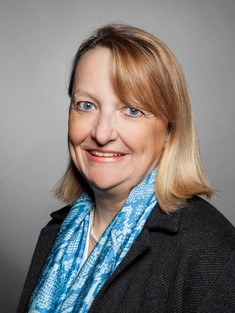 As an environmental lawyer, Ms. Krchnak has worked to improve policies and procedures related to environmental management and resource conservation worldwide for over twenty-five years.

Ms. Krchnak was appointed Program Manager of the 2030 Water Resources Group (2030 WRG) at the beginning of January. In working to contribute to achieving the Sustainable Development Goal on Water, Ms. Krchnak leads 2030 WRG in creating the wider political economy conditions and momentum for change in water reform. Her focus is on building multi-stakeholder platforms to mobilize the private sector, government, civil society, bilateral agencies, and development banks to work collectively in accelerating progress towards national water security through the design and implementation of comprehensive set of policies, programs and projects in countries across the globe.

Previously, Ms. Krchnak was Senior Director for the WWF US Water Program where she led the effort to advance WWF’s Water Goal to measurably improve the sustainability of the world’s major river basins to maintain nature’s diversity, strengthen climate resiliency, and support human well-being. As part of this, she oversaw a portfolio of projects around corporate water stewardship, building good water governance, and building the resiliency of freshwater ecosystems. Prior to joining WWF, Ms. Krchnak was Director of International Water Policy and Director of Global Partnerships for the Great Rivers Partnership at the Nature Conservancy. At TNC, she advised on the development of policy strategies with national governments, multilateral institutions, river basin organizations and other partners. Her areas of focus included integrated river basin management, payment for environmental services in the water sector, water and energy infrastructure development (hydropower), and watershed protection.

Prior to WRI, Ms. Krchnak has worked as the Population & Environment Program Manager in the National Wildlife Federation’s International Programs, as well as Director for the Western Newly Independent States and Director of the Environmental Law Program for the American Bar Association Central and Eastern European Law Initiative. In addition, she has worked as an environmental attorney for Science Applications International Corporation and the Environmental Law Institute, and as an editor for the East Asian Legal Studies Program at the University of Maryland School of Law.

Ms. Krchnak received her B.A. in Political Science from Duke University and her J.D. from the University of Maryland School of Law. She has published extensively in the area of international environmental policy and sustainable development, particularly on freshwater issues.

She has served on the Steering Committees of the Global Water Partnership and the Gender & Water Alliance and on the Board of Governors of the World Water Council. She Co-Chaired the UN Commission on Sustainable Development’s Freshwater Caucus and served as the Lead Representative on Water for NGOs at the World Summit on Sustainable Development in 2002. She was one of the Founding Members of the Alliance for Water Stewardship and served as Co-Chair of its Board of Directors. She currently serves as Special Advisor to the World Water Council. She has been in key leadership positions in the World Water Forum processes, most recently serving on the International Steering Committee for the 8th World Water Forum.

Ms. Krchnak has also served as Adjunct Faculty at the University of Maryland School of Law and at law faculties and universities overseas.

March 13 | A disruptive approach towards achieving the SDGs