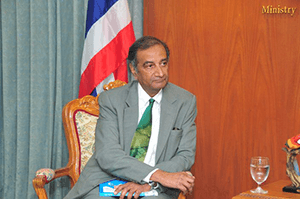 Most people who work in the water sector would associate their work in some way with Sustainable Development Goal 6 which has several objectives related to the achievement of water security in its several manifestations. But there is little discussion of the fact that the path to the realization of Goal 6 lies in Goal 17 which is about the need for partnerships. This is a journey which is not always straightforward, sometimes not in a tidy sequence and almost always requires patience and persistence. Despite these possible road bumps, the 2030 World Resources Group has embarked on this journey in several countries, among them India and among the states in India also in Karnataka.

The first step has been to arrive at a productive working relationship with the State Government based on a mutual identification of the water security challenges that need addressing. This is the first part of the journey. In turn, this needs a sustained effort to bring together a group of organizations in the private and not for profit sectors that can bring competence and commitment to projects and processes that can show demonstrable results in specific locations. There is then the challenge of scaling up the approaches demonstrated in these projects across the state.

The work streams that have been identified for this purpose are particularly relevant for a number of reasons.

The problems of impending water stress make the promotion of efficient use of water for agriculture, by far the biggest user of water, an imperative for conservation and sustainability. This is very much a direction that the State government is committed to following and in which farmers and private sector organizations can work together to apply new technologies, drip irrigation among others. By working on sugar cane and paddy, the biggest users of water in the agriculture sector the potential for scale is enormous. But conservation of water has to be combined with efforts to support livelihoods of farmers which is why the promotion of farm to market corridors is so important as another step in the chain to maximize the benefits of water-efficient agriculture.

The workstream on the treatment, recovery and reuse of wastewater can benefit not just urban residents but also generate water for industrial use and agriculture in the surrounding hinterlands of towns and cities. Which is why the State Government’s policies on mainstreaming this approach are so important. The World Business Council for Sustainable Development’s interest in systemizing this approach is not only of benefit to industrial users of water but also is a way of demonstrating private sector’s support to the larger goals of sustainability and the promotion of public benefit.

These efforts require not just continuous effort but also the ability to record, analyze and disseminate the results to make a strong case for such approaches over ever increasing geographies. And imagination is needed to turn large amounts of data to usable information and knowledge, not just to members of the partnership and other practitioners but also more widely to members of the lay public. This is where civil society organizations can play a significant part.

As the work grows in scale and complexity there will be an inclination to immerse ourselves in our own projects and work streams. Without compromising any attention to detail it will be important to keep ourselves abreast of the work of other organizations in the state (eg the Gnana Aayoga, the State Knowledge Commission and the Advance Center of Integrated Water Management) which are also committed to the development of sound water policies and practice. Even if complete convergence is not always possible, duplication and contradiction can be avoided in this way.

Profile:
Ravi Narayanan is currently Chair of the Asia Pacific Water Forum, International Mentor to the Japan Water Forum, Chair of the Water Integrity Network and Advisor to the Arghyam Foundation in India. He was a member of the World Panel on Financing Water Infrastructure (the Camdessus Panel) and the UN Millennium Task Force on Water and Sanitation. He is an associate of the National Institute of Advanced Studies in Bangalore, India. With degrees in Physics and Engineering from Delhi and Cambridge Universities, Ravi began his career in the corporate sector in the UK and India before moving to the not-for-profit sector. As part of the latter, he was formerly Asia Director for Action Aid and Chief Executive of Water Aid. He was awarded an honorary CBE by the UK Government in 2009 for water and sanitation services to poor communities in Asia and Africa. Ravi Narayanan is a resident of Bangalore.