São Paulo, 03 July 2017 – The São Paulo State Secretariat of Sanitation and Water Resources and the 2030 Water Resources Group (2030 WRG) signed a memorandum of understanding on July 3rd, 2017, to design and implement various initiatives that will promote water security in the state of São Paulo, Brazil. 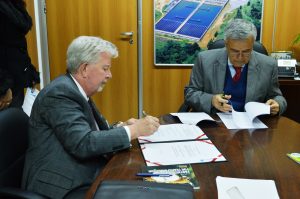 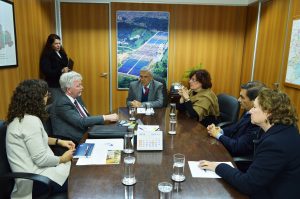 After the unprecedented drought that affected the state of São Paulo in 2014-2015, the 2030 WRG had been invited to investigate whether the development of multi-stakeholder platforms in São Paulo could strengthen solutions to the local water challenges. Following several interviews, meetings and workshops, 3 potential areas of work have been identified: (1) Water demand management, including water reuse and recycling; (2) Sustainable financing of water infrastructure; and (3) Economic/insurance support for water security, to manage risks. 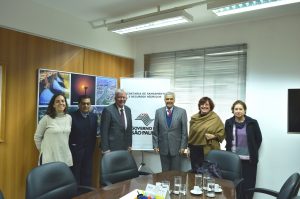 With the signing of the MoU, the 2030 WRG and the São Paulo State Secretariat of Sanitation and Water Resources will join efforts in the development of a multi-stakeholder platform in the state of São Paulo.