October 4, 2017 – The Ministry of Water and Irrigation in collaboration with the 2030 Water Resource Group Tanzania Partnership held a two-day multi-sectoral forum on 4 and 5 October to discuss Tanzania’s water management issues. The forum participants included representatives from the private sector, government and civil society organizations.

Professor Kitila Mkumbo, Permanent Secretary in the Ministry of Water and Irrigation, said in his opening remarks at the event: “People need to know that Tanzania is one of the countries said to have abundant water resources but are subject to competing demands. The use of such forums will help to get an agreed agenda to address competitions and thereby support sustainable growth. The country is endowed with relatively abundant freshwater sources, including rivers, spr 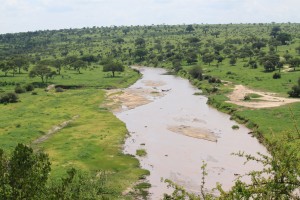 ings, lakes, wetlands, and aquifers. However, these resources are unevenly distributed in time and space.”

The Director of Water Resources in the Ministry of Water and Irrigation, Mr. Hamza Sadiki said: “the average volume of renewable freshwater per capita per year has been declining, from 2,300 m cubic in 2002 to 1,952 m cubic in 2015. This figure is projected to further decline to 1,500 m cubic by 2025.” Mr Sadiki further warned that if water resources are not managed well, it will put the country within the water-stressed category, below 1,700 m cubic per capita, and business as usual will further put Tanzania in the water–scarce category.”