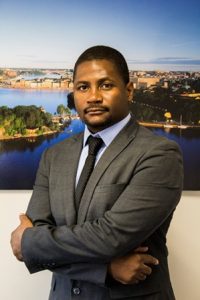 The SWPN has appointed Nick Tandi as the new Program Manager. He assumed his duties as of March 1st, 2017. The SWPN is a multi-stakeholder platform, brokered by the 2030 WRG, chaired by the Department of Water and Sanitation (DWS), and co-chaired by South African Breweries (SAB) on behalf of business.

Before joining the SWPN, Nick was Program Manager at the Stockholm International Water Institute (SIWI) where he co-led its work on mobilizing finance for water infrastructure in Africa. Nick was previously associated with the SWPN from 2013 – 2014 when he helped initiate many of the current working group projects. He also brings experience from the United Nations Development Programme and a SADC program called WaterNet, where he managed partnerships and their associated projects in different parts of the developing world.