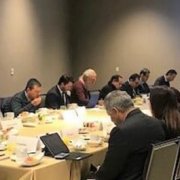 Sedapal, the state-owned water utility covering Lima city, has announced the execution of a Fund of almost USD 22 million (PER 73.5 million) in green infrastructure projects. The projects will  reduce the water access gap investing in the middle and upper basins of the main surrounding rivers. 2030 WRG is the public-private dialogue platform where the guidelines and best practices for this process will be discussed.

The funds, collected through the Remuneration Mechanisms for Ecosystem Services established in 2015, will allow the implementation of green infrastructure projects such as lagoons, water harvesting, reforestation, terracing, and non-conventional water solution initiatives to reach those communities that have no access to water and sanitation in the neighboring areas of Lima, the Peruvian capital.

It is estimated that by the end of 2019, 100 projects will be selected and by the end of the year at least 5 or 6 projects will start its execution. According to Sedapal’ s New President of the Board of Directors, Francisco Dumler, the company is opening a new implementation area to manage these types of projects, that will generate a high impact on water stress reduction in Lima city, one of the most affected cities in Latin America by the problem and the second largest city in the world settled in a desert after Cairo.

2030 WRG is the dialogue platform that will bring together all the key stakeholders in the process of project identification and execution. A first meeting organized by 2030 WRG was held on August 6th to discuss Sedapal’ s Fund’s execution strategy. Representatives from SEDAPAL and the main public stakeholders in water management such as SUNASS, ANA, and the Ministry of Construction and Sanitation, as well as NGO Forest Trends, The Nature Conservancy and the World Bank were part of this first meeting.