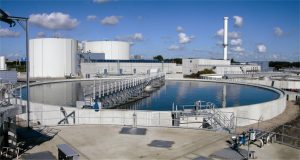 Greater Dhaka has been a major engine of growth and prosperity in Bangladesh, representing more than 40% of Bangladesh’s national GDP. The Dhaka Sewage Master Plan (DSMP 2035) area has suffered alarming levels of environmental degradation, which was induced by the rapid growth of the poorly regulated export-based and local industry, agricultural run-off and an overall unplanned and
un-serviced urbanization. As a result, pollutant levels in the groundwater are increasing, and many sections of the rivers and canals in the city and surrounding areas, especially the Buriganga and Sitalakhya, are biologically dead during the dry
season, spurring widespread public concern over sustainability of Dhaka and promoting reaction at the highest political levels.

In the light of the challenges that Dhaka is facing with respect to untreated sewage, the Government of the People’s Republic of Bangladesh and Dhaka WASA with World Bank/ International Development Association (IDA) support, developed the recently completed DSMP 2035. Its primary goal is to “reduce significantly, and, in the long-term, to eliminate the pollution arising from unhygienic disposal of wastewater, of all industrial, commercial and domestic origin, up to the planning horizon (2035)”. This partnership looked at addressing the sewage and waste water management primarily through public sector investments.

A high level Preliminary Market Assessment (PMA) exercise is being carried out which will lay the groundwork for an investment strategy for industrial and municipal Waste Water Treatment in the Greater Dhaka Watershed (GDW) which covers a geographical area of about 6,700 sq. km. The area includes the watercourses of Greater Dhaka plus the surrounding urbanized areas that are greatly influenced by industrialization. The PMA is being carried out in close collaboration with the relevant World Bank team. 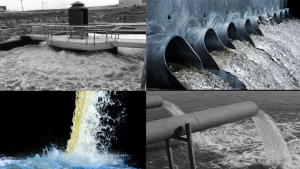 The scoping exercise which will collect key information which will feed into the investment strategy and implementation plan for Waste Water Treatment solutions for the GDW and major WASAs. The PMA aims to provide input into a dialogue with the relevant authorities on the value proposition possibilities of Public Private Partnerships (PPPs) or Private Sector Participation (PSP). The PPP/PSP concepts include a) commercial financing for both investments and operation; and b) private operations with public financing. Other options will also be explored which includes different ways to share risks among the public and private sectors.