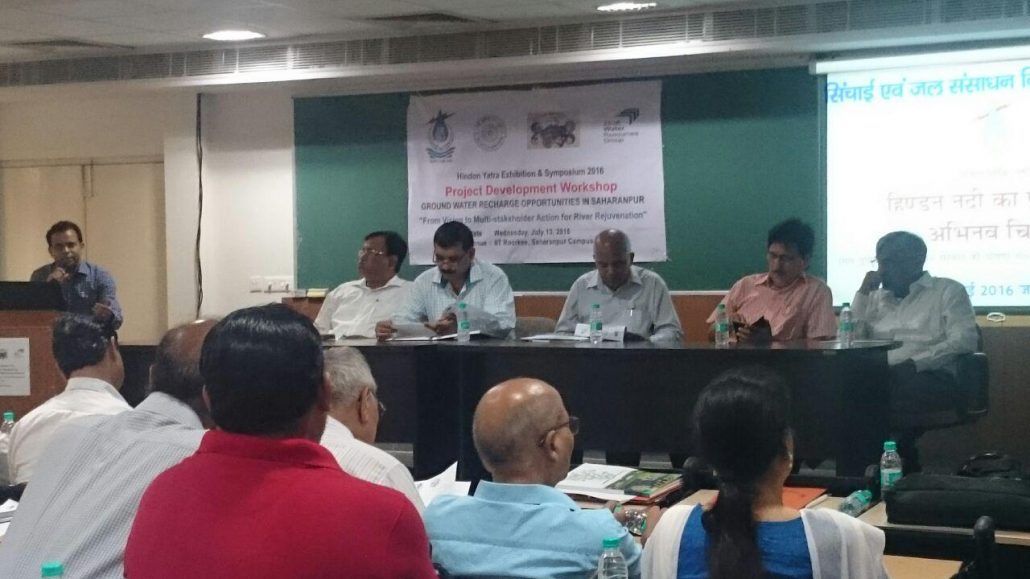 A workshop on “groundwater recharge opportunities in Hindon River Basin“ was organized, partnering with Department of Irrigation, 2030 Water Resources Group (2030 WRG), and Saharanpur Municipal Corporation on July 13th. The workshop was organized under Hindon Yatra Exhibition & Symposium 2016 as an exercise leading to multi- stakeholder action for river rejuvenation. 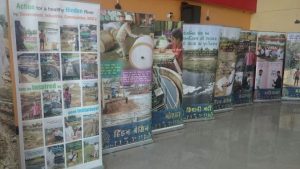 The workshop was attended by more than 50 participants representing various stake holder groups including government, civil society, public representatives and NGOs. Representatives from villages around the river also attended the workshop to discuss the actual state of the river as well as setting up a strategy to save Hindon on their part.The workshop was convened by Mr. Nitin Verma, 2030 WRG and was conducted in two sessions.

In the first plenary session, experts from government, civil society, and industry shared their experiences of water recharging and water conservation initiatives. Second session was discussion. Discussion session was conducted in participatory mode in which all the participants were invited to deliberate. During the session some tangible project proposals were discussed among the entire stakeholders with the aim of preparing local level Hindon action plan. 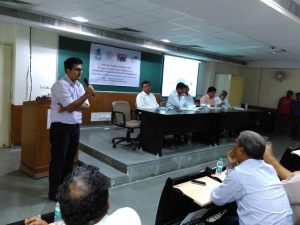 Mr. Nitin Verma briefed the audience about 2030 WRG and initiated the discussion in second session. He talked about the need of multi-stakeholder tributary approaches towards river rejuvenation and emphasized implementation of local level multi stake holder projects. He referred to the case studies collected in the Hindon Yatra book and exhibition and said the 2030 WRG anticipate more than 100 such projects from Saharanpur. He highlighted some of the areas such as monitoring, solid waste management, tree plantation, ponds rejuvenation etc. in which projects can be planned in the next phase.

Dr. Vivek Kumar, IIT Roorkee has agreed to submit a proposal on Water Quality Monitoring and data management and sharing his experience on wetlands. Dr. Vivek Kumar also agreed to support Pradhans of nearby villages in preparing projects of pond rejuvenation. Dr. Nadeem from AMU agreed to provide full assistance in the pilot project on constructed wetland. Director Jal Nigam, and Dr. Neeraj Shukla showed their inclination towards the proposal and also their interest for solid waste management project.

In the end, conveners thanked all the participants for attending the workshop.

Photos from the Project Development workshop