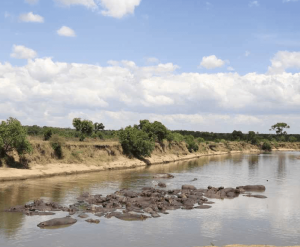 Kenya is an exciting new addition to this year’s portfolio. Although the idea for a partnership in Kenya was only first discussed with the Cabinet Secretary for Environment, Water, and Natural Resources in March of 2014, strong progress has been made in a very short period of time. Both the Analytical and Convening stages are well underway, setting a strong foundation for the partnership as we move towards the goal of transformation in 2015 and beyond.

Kenya represents a paradox: it is both water-rich and water-poor. It is home to some of the great “water towers” of East Africa. Yet 90 percent of the country is either arid or semi-arid, resulting in annual renewable freshwater supply of only 650 cubic meters per capita, well below the threshold for chronic water scarcity. Rainfall patterns are highly variable both annually and across seasons, a challenge that could be further exacerbated by climate change. At an aggregate level, the country does possess sufficient water to meet current demand, but this disguises local stress, not only in the arid areas but also in more water-rich regions, where water-intensive economic activity has grown rapidly (Naivasha, Greater Nairobi, and Northern Mt. Kenya).

Looking forward, water demand is also expected to grow rapidly, especially in the context of ambitious irrigation plans. This could create a substantial water gap by 2030, given the backdrop of low levels of water storage infrastructure. Sustainable management and development of water resources is therefore recognized as a critical challenge by the government, including in its Vision 2030. The same is true for Kenya’s development partners, civil society, and the country’s vibrant private sector, especially those in leading water dependent sectors such as horticulture, food and beverages, tourism, and the growing oil and mining sectors.

Although less than a year old, the Kenya 2030 WRG partnership has made good progress: a preliminary hydro-economic analysis has been undertaken; far-reaching stakeholder consultations have been held, culminating in a multi-stakeholder workshop in October attended by over 30 organizations from across the public sector, private sector, and civil society. A formal commitment to launch the partnership was made by the Government of Kenya at the Global Green Growth Forum in Copenhagen at the end of 2014. Key next steps will be to put in place the formal structure for the partnership and identify the most critical issues around which multi-stakeholder working groups can be established. Another priority will be to ensure that the partnership strengthens and reinforces existing multi-stakeholder collaboration efforts at a basin level, especially in the context of the country’s devolution agenda. “Whatever happens in the water sector has a ripple effect into other sectors,” said Sareen Malik, Programme Coordinator of the Kenya Water and Sanitation CSOs Network.

A wide range of organizations have expressed interest in the Kenya partnership. The formal structure of the partnership and working groups will take shape in early 2015. At this stage, 2030 WRG would like to recognize the leading role of the Ministry of Environment, Water and Natural Resources in helping achieve the progress to date; Nestlé for its help in convening various early stakeholder consultations; the Kenya Private Sector Alliance (KEPSA) for its role in representing the private sector, and the Kenya Water and Sanitation Network (KEWASNET) for a similar role in representing civil society.