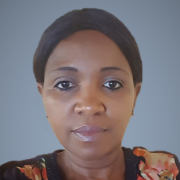 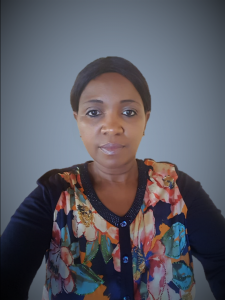 South Africa’s Strategic Water Partners Network (SWPN) has appointed Ms. Thembi Mkhize as the new Program Manager. She assumed her duties as of February 4th, 2019. The SWPN is a multi-stakeholder platform, brokered by the 2030 Water Resources Group (WRG), chaired by the Department of Water and Sanitation (DWS), and co-chaired by South African Breweries (SAB) on behalf of business, working collectively for the country’s water security.

Ms. Mkhize has 20 years’ cross-disciplinary experience in the water sector, with a special focus on water loss initiatives, non-revenue water and public-private partnerships.

She served as the Chief Director of Water and Sanitation for the Emfuleni Provincial Municipality from 2010 to 2015, where she managed a team of 340 personnel across six departments. Under her leadership, the municipality initiated the award-winning Boloka Metsi initiative – “Save Water” in Sotho. The pioneering PPP between the Emfuleni Municipality, GIZ, and Sasol, successfully reduced demand for water in the municipality by 6.8 million m3 in just two years, earning a National Conservation Award in 2013.

Prior to joining SWPN, Thembi headed the Marketing Department for L-RAM Civil and Construction Company, where she led the company’s marketing and business development efforts, successfully coordinating over R18 million (USD $1.4 million) in project funding in less than two years.

“I am thrilled to be joining such an innovative initiative” said Thembi. She believes that the unique position occupied by the SWPN in the water space is critically important: testing and scaling innovations that accelerate water use efficiency and wastewater treatment and reuse across the country’s most important economic sectors, from mining, to agricultural, to municipal water.

“The challenges we face can’t be solved by any entity on its own. How we work together, the process of balancing competing priorities and demand on our nation’s water resources, will be critical to securing South Africa’s future water security” she said.