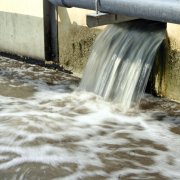 The plan points to a huge scope for developing reuse in large towns and cities where suitable treatment technology is already employed; where there are adequate skills for operation of high tech equipment; and where city size makes reuse financially viable. This is especially relevant in coastal cities where wastewater is discharged to sea and “lost” from the system.

The SWPN aims to catalyze public private collaboration for municipal wastewater treatment and reuse. The EWWM working group is considering the following options:

From reconnaissance to construction

With these and other activities, a water resources development project pipeline funnel – from reconnaissance to construction – developed by the Department of Water Sanitation could be expanded and accelerated.  The current funnel shows that investigations of direct re-use opportunities are underway for a total capacity of about 280 million m3/a (just over 10% of the projected water gap of 2.7 billion m3/a by 2030). Of this total capacity, feasibility studies are underway for 125 m3/a.

Other reports have shown an even greater capacity at pre-feasibility and feasibility stage by municipalities and other institutions, underscoring the need for a renewed focus on the underexploited resource.

The EWWN seeks to address the issue of mining impacts on the water supply in South Africa. The focus of the working group is on coordinating private and public sector players to optimize the utilization of treated effluent and waste water. The working group recognizes the effect that mining activities have on the country’s water resources and quality and believes that mine water treatment can be expanded or improved to increase water security in South Africa.