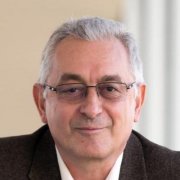 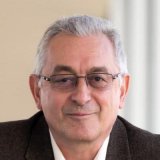 Dr. Bruno Oberle is a former Swiss State Secretary and an environmental expert who has served in some of the country’s most prestigious positions related to the environment. As State Secretary for the Environment, he represented Switzerland in leading international institutions and international negotiations, playing a key role in the Global Environment Facility and in the establishment of the Green Climate Fund. He is a leading expert in the fields of sustainable resource management and green economy who has explored and shaped the interface between environmental policy, economic development, and social balance from the perspective of state regulator, entrepreneur, and scientist.

Prior to joining IUCN, Dr. Oberle served as Chair of the Green Economy and Resource Governance program at the École Polytechnique Fédérale de Lausanne (EPFL), where he also headed the International Risk Governance Centre. Since 2019, he has chaired the Global Tailings Review, which aims to establish an international standard for the safe management of tailings storage facilities that can be applied to dams around the world.

After completing his studies at the ETH Zurich, Dr. Oberle founded and managed companies in the field of environmental consulting and environmental management. In, 1999 he was appointed as deputy director of the Federal Office for the Environment, Forests and Landscape in Switzerland. He then became the director of the newly created Federal Office for the Environment in 2005 – a post he held while State Secretary – before leaving to join EPFL in 2016.