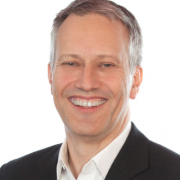 Before becoming CEO on May 1, 2017, James Quincey led all of the company’s operating units worldwide as President and Chief Operating Officer from August 2015.

From 2013 to 2015, Mr. Quincey served as President of The Coca-Cola Company’s Europe Group, which is comprised of 38 countries including the Member States of the European Union, the European Free Trade Association countries, and the Balkans. Under his leadership, the Europe Group, the company’s most profitable operating group, strategically expanded its brand portfolio and improved execution across the geography. These actions helped drive solid topline growth and expanded the company’s leading market share position in total non-alcoholic ready-to-drink beverages despite the volatile and prolonged macroeconomic challenges in the region.

Prior to Mr. Quincey’s role as head of the Europe Group, he served as President of the Northwest Europe and Nordics business unit from 2008 to 2012. Among Mr. Quincey’s many accomplishments during this time was his leadership during the acquisition of innocent juice in 2009. innocent is now sold in more than 14 countries and is well on its way to becoming one of the company’s brands that generates more than US$ 1 billion in annual revenue.

From 2005 to 2008, Mr. Quincey was President of the Mexico Division. During his tenure in Mexico, he grew market share for the Coca-Cola brand and expanded the company’s portfolio with the re-launch of Coca-Cola Zero and the acquisition of Jugos de Valle, one of the company’s US$-21 billion brands that is now sold in 16 countries.

Mr. Quincey joined the company in Atlanta in 1996 as Director of Learning Strategy for the Latin America Group. He went on to serve in a series of operational roles of increased responsibility in Latin America, leading to his appointment as President of the South Latin Division in 2003. During his time in South Latin, Mr. Quincey was instrumental in developing and executing a successful brand, pack, price, and channel strategy, which has now been replicated in various forms throughout Coca-Cola’s global system.

Prior to joining Coca-Cola, Mr. Quincey was a Partner in strategy consulting at The Kalchas Group, a spin-off from Bain & Company and McKinsey.