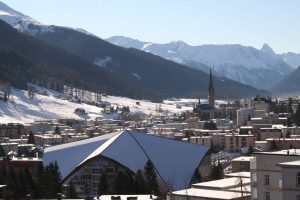 Davos-Klosters, Switzerland, 21 January 2016 – The Secretary-General of the United Nations and the President of the World Bank jointly announced today at the World Economic Forum Annual Meeting 2016 their intention to form a new panel to mobilize urgent action on the Sustainable Development Goal (SDG) for water, sanitation and related targets.

Co-chaired by the President of Mauritius and the President of Mexico, the panel will comprise a group of heads of state and government from developed and developing countries. It will also engage with a wide range of stakeholders and experts and leverage the networks and platforms of the Forum in support of its objectives.

“Water is a precious resource, crucial to realizing the SDGs, which at their heart aim to eradicate poverty,” said UN Secretary-General Ban Ki-moon. “The new Panel can help motivate the action we need to turn ideas into reality. The United Nations system, including through UN Water and the United Nations development system’s universal operational presence, is committed to promote inclusive and country-led action on SDG6 and related targets.”

Convened by the United Nations Secretary-General and the President of the World Bank Group, the panel will:

“The World Economic Forum is delighted to support the High-Level Panel on Water, and recognizes the critical role it will play. Our Global Risks 2016 report placed water crises in the top three global risks of highest impact in the next 10 years. Leveraging our platform and networks will allow public-private cooperation to help advance the panel’s important objective to promote water-resilient economic growth in a warming world,” said Dominic Waughray, Head of Public-Private Partnership at the World Economic Forum.

The announcement was made at the Annual Meeting 2016 to a group of over 70 leaders drawn from government, business, civil society, development organizations, international and UN organizations.

“Achieving the water global goal would have multiple benefits, including laying the foundations for food and energy security, sustainable urbanization, and ultimately climate security” said World Bank President Jim Yong Kim. “My hope is that this panel accelerates action in many countries so that we can make water more accessible to all,” he said.

Leaders from business and other sectors welcomed the High-Level Panel on Water, and emphasized the need for this initiative to catalyse practical action.

“The High-Level Panel is an important effort. The mark of success for the panel will be practical action and tangible impact. Let this be an opportunity to break down silos at the highest level and collaborate with the private sector and others, building on existing partnerships and initiatives to bring these efforts to scale and to transform the water agenda,” said Peter Brabeck-Letmathe, Chairman of Nestle and Chairman of the 2030 Water Resources Group.

Over 2,500 leaders from business, government, international organizations, civil society, academia, media and the arts are participating in the 46th World Economic Forum Annual Meeting in Davos-Klosters, Switzerland, on 20-23 January. The theme of this year’s meeting is Mastering the Fourth Industrial Revolution.