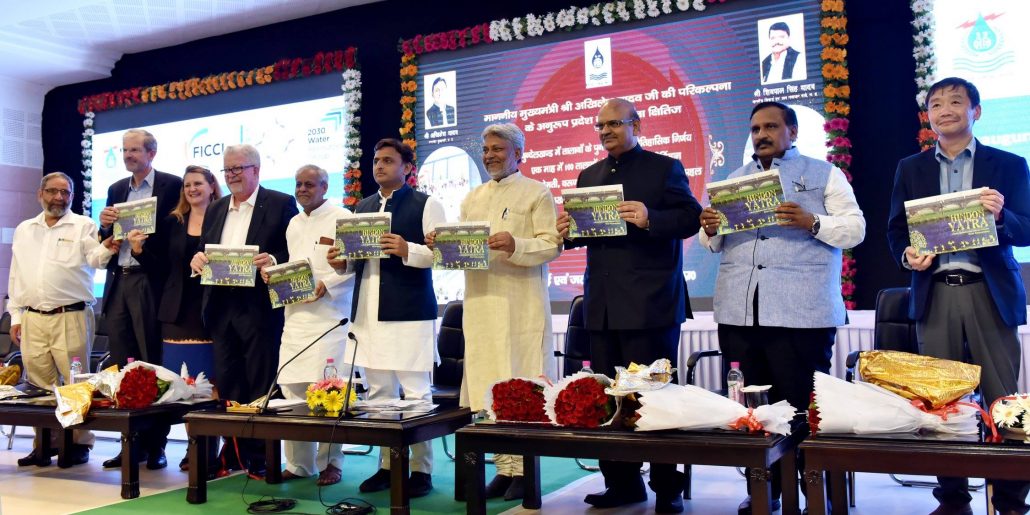 The Hindon Yatra symposium and exhibition was  inaugurated by the Chief Minister of Uttar Pradesh in Lucknow on June 27th. About sixty participants from industries, NGOs, communities, local government from across the Hindon Basin traveled to Lucknow to share their efforts to rejuvenate the Hindon river, heavily polluted by industrial and urban waste. 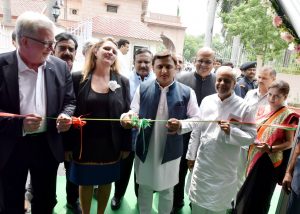 The 2030 Water Resources Group (2030 WRG) in partnership with India Water Partnership, Jal Jan Jodo Abhiyan, FICCI and the UP Government launched a report titled Hindon Yatra – a multi-stakeholder journey towards river rejuvenation documenting 20 case studies of multiple efforts to rejuvenate the river. The Chief Minister, Akhilesh Yadav inaugurated the exhibition showcasing all these works and applauded the local stakeholders from Hindon with a pledge of financial resources to scale up their work. He said “Hindon would become an integral part of his party’s Green Manifesto”. 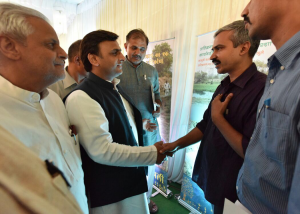 The launch was preceded by a symposium which focused on demonstrating how every dimension of the complex processes involved in rejuvenating a river are already in motion in the Hindon. The discussions opened with an overview of global and national frameworks for basin wide approaches to water resource management presented by representatives from the EU, WWF and GRMP. This was followed by a session on urban waste water and industrial effluent management, where private sector water treatment technologies were presented from Muzzafarnagar. Local communities and district officials described how they were collaborating to recharge depleting ground water levels through pond rejuvenation in Noida. Finally, public-private models for solid waste management were presented. Anders Berntell, Executive Director, 2030 WRG, concluded “These good practices could collectively provide an integrated model for rejuvenating a river with potential for scale up across the Ganga basin”.

Photos from the Lucknow Symposium and Exhibition