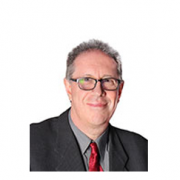 As part of his new mandate as CCA’s President, Dr. Lichtinger will be working to strengthen CCA’s work as an independent multi-stakeholder platform that was established in 2000 to support the Mexican government’s initiatives for sustainable water resources management and water security. Dr. Lichtinger was the former Secretary of State for Mexico’s Secretariat of Environment and Natural Resources.  He was also the General Coordinator of Environmental Affairs under the Secretary of State for Foreign Affairs, and the Executive Director of NAFTA’s Environmental Cooperation Commission. Prior to his appointment, Dr. Lichtinger had acted as an environmental consultant for the public and private sectors, as well as various international organizations.