As the issue of freshwater scarcity becomes ever more pressing, a new partnership aims to help governments change their business as usual approach to water management 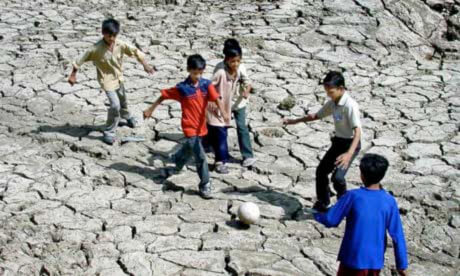 While much of the focus in Davos is on the macro-economic fault lines that are holding back global growth and job creation and promoting inequality, there is also a green thread addressing sustainability and natural resource issues running through the annual meeting. Indeed, since Davos 2008, the World Economic Forum has sustained a focus on one of the most immediate and pressing natural resource risks to delivering the growth we will need: sustainable access to freshwater.

According to the Water Resources Group (WRG), there may be a 40% gap between the required demand for, and the safe available supply of freshwater, by 2030 under business as usual practices.

The WRG is a pioneering partnership that the World Economic Forum has been helping to develop with the International Finance Corporation for the past two years. The scheme involves development institutions such as the World Bank Group; bilateral development agencies such as USAID, large water using companies from the food, beverage, construction and mining sectors and expert organisations, NGOs and think tanks.

The WRG helps governments of water scarce countries to accelerate their water reform agenda. It does so by bringing together influential people from government, civil society and business with global water experts. The organisation works with these experts to develop water resources analysis in formats that are digestible for politicians and business leaders.

For example, the WRG will help governments to see how, for growth to happen and for enough water to be available to meet society’s needs, business as usual water practices in thirsty economic sectors such as agriculture, energy and industry cannot continue. In many cases, agriculture utilises over 70% of the freshwater withdrawals of a country. If food production and energy demands are to increase, then trade-offs must be made to avoid acute water scarcity derailing growth. Adapting to less water under potential climate change scenarios also needs to be factored in.

This sort of national analysis often illustrates to a government that there is a difference between the water that is safely available for a country, and the quantity of water it would need to meet its economic growth aspirations by 2030 under business as usual water management approaches. Consequently, a strategy is required to close this gap.

An important feature in these strategies is often to manage the connections between water, food and energy. Related to the work of the WRG, the World Economic Forum published a book on the Water-Food-Energy-Nexus in 2011. It is safe to say that the nexus has now become a broadly adopted framework for looking at the interconnected natural resource management challenges of food, energy and water.

With government, civil society and business in agreement that an integrated plan is required, cost effective options need to be considered. Key political and economic figures, as well as water specialists, now recognise that a water reform plan is important to both a country’s economic growth and its social and environmental wellbeing.

The WRG has provided support to the governments of Mexico, India (the State Government of Karnataka) and Jordan. Substantive and well supported reform programs have been developed and are underway in each location. The multi-sector expertise on offer from the WRG partnership helps the governments to deliver best practice approaches, drawn from NGO projects, research organisations and business solutions.

Discussions in Davos will hear from the governments who have been engaged in the work so far. A next stage in the development of this new water partnership will also be launched. The International Finance Corporation, on behalf of the World Bank Group, will host the next stage of development of the WRG.

It will become a new global entity aiming to help developing countries who are challenged by water scarcity. Aid agencies and leading global companies are coming together to support it. The ambition is to have the WRG help the governments of eight to 10 developing countries over the next two years, representing a variety of geographies and economic contexts. If successful then this could be a new model for development that can be replicated in other areas.

Dominic Waughray is senior director at the World Economic Forum, where he is also head of environmental initiatives