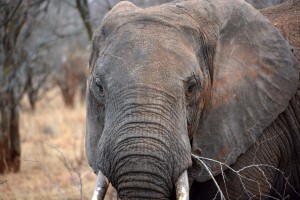 It is a testament to the wealth of environment riches in Africa that a national park of 20,000 square kilometers – half the size of the Netherlands, more than twice the size of Yellowstone – can remain relatively unknown. This is the case with the Ruaha National Park in Southern Tanzania.  In fact, even fewer of us may have heard of the Ruaha were it not for the fact that the river that feeds the park, the Greater Ruaha, has been drying up.

Historically, this 300 mile river would consistently flow year round, but in 1993 the river dried up for the first time for a period of three weeks. By 1999 this had reached three months. In 2008 the documentary “Surviving the Drought”, which highlighted the plight of the park’s wildlife, notably its estimated 10,000 elephants, brought the park to the attention of a wider public. But the decline in water levels has continued unabated, with record low flows reported in 2012/13, and in some cases dry spells being reported even during the wet season.

The factors underlying this trend are both well known, and familiar. Rapid population growth in the catchment, and the country as a whole, has led to dramatic increases in demand for agricultural land, and consequent impacts on water, in particular via increased irrigation. For those interested in more detail, read the excellent “Water resources system analysis for the Usangu Plains and its subbasins” (2015) by Rikard Liden in the Global Water Practice. A particular challenge in the Ruaha is suitability of the flood plains for rice, a high-demand crop in Tanzania usually grown via water-intensive flood irrigation methods, with extremely inefficient traditional water abstraction and conveyance systems (especially for smallholders).  Much has been written on this topic. In the international press, the voice of the environment is perhaps heard the loudest, with emphasis placed on the need to secure the priceless ecological assets of the catchment.  In conversations in Tanzania, the weight of opinion differs, with a stronger emphasis on the importance of food security and livelihoods.

This challenge is illustrative of the raison d’être of the 2030 Water Resources Group. We bring together key stakeholders impacted by water stress, from across the public sector, private sector and civil society, to overcome these kinds of “tragedy of the commons” scenarios that so often occur in the water resource sector. In 2013, we were invited by the Government of Tanzania to set up a Tanzania 2030 Water Resources Group partnership, to drive collective solutions to address the growing gap between water demand and supply in the country. 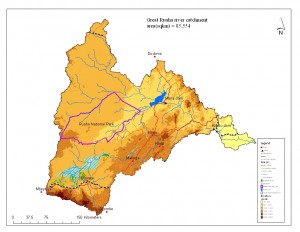 The solutions being discussed in the context of the Great Ruaha Restoration Campaign, a new catchment level multi-stakeholder initiative convened by the Tanzania 2030 WRG partnership, fall into three broad categories:

More people equals more demand for food.  But the water we need to grow that food is finite. So we need to grow more with less, or generate “more crop per drop”.  The word productivity, rather than efficiency, is used deliberately, as hydrologists will rightly debate what “water consumption” means and whether, for example, flood irrigation is inefficient if the water that is not absorbed by the crops returns to the environment.  What is clear is that in many cases, as in the Ruaha, the use of more productive irrigation methods, such as drip and sprinkler systems, as well as other water-maximizing farming practices can increase agricultural productivity while reducing the amount of water that needs to be abstracted, thereby allowing the farmer to grow more with less.

This inevitably leads to the question of how to finance “modern” irrigation technologies which, while more productive, are also more capital intensive; a big challenge for cash-strapped smallholder farmers.  This is a challenge we are tackling through the 2030 WRG, not just in Tanzania but also in Karnataka (India) and Kenya.  This topic is worthy of a future article in itself, so watch this space.

Secondly, while water productivity is often the easiest starting point, water scarcity may ultimately require harder decisions to be made around water allocations.  For example, it is not economically rational to be operating hydropower plants on the Ruaha river well below their operating capacity on account of lower value abstraction of water upstream for irrigation.  Likewise, increasing irrigation productivity may not solve the environmental challenge if the “savings” are simply used to expand further land under irrigation downstream.

The challenge here, of course, is that water allocations are motivated by cultural and political, as well as economic, considerations.  Getting the balance right ultimately requires some level of adjudication or “refereeing” between sectors – i.e. ensuring that the interests of the energy, agriculture and tourism sectors collectively represent the optimal outcome for the country.  Making this work in practice is a major challenge for any country, and represents an important value add that 2030 WRG can play, given its role in convening stakeholders from across sectors, both public and private.  Indeed, the planned Great Ruaha Restoration Campaign is being set up with this cross-sector coordination objective in mind.

It should also be noted that effective regulation is a pre-condition for effective allocation decisions.  If no one is monitoring or enforcing water abstractions in the first place, then discussions around allocations across sectors and water using groups can only go so far.  Hence, as in the case of the Ruaha, strengthening monitoring and regulation of permits is vital, as is getting the incentives for monitoring and enforcement right, in a context of politically-viable pricing (again a topic worthy of longer discussion). 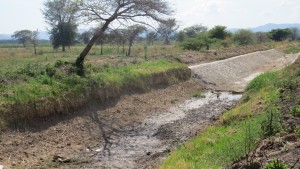 Another category of solutions to the challenges in the Ruaha lie in infrastructure.  The recent “Integrated Water Resources Management and Development Plan” for the Rujiji Basin (within which the Ruaha lies) strongly recommends increasing agricultural water productivity, but also the construction of larger infrastructure to allow for large scale storage of water, and hence regulation of dry season flows.  Additional infrastructure is certainly an important part of the puzzle, especially in countries, like Tanzania, with very low aggregate water storage capacity.  However, raising any level of commercial finance for such projects is inevitably challenging, given the public nature of most benefits, and hence such projects generally have to wait for large scale concessional funding to come available.  In the meantime, hydro-economic research by 2030 WRG shows that, in many cases, demand side solutions offer better cost-benefit returns than capital intensive supply side interventions.