by Dominic Waughray* for the Guardian Professional Network

Dominic Waughray explains the need for urgency in dealing with the world’s growing demand for freshwater. 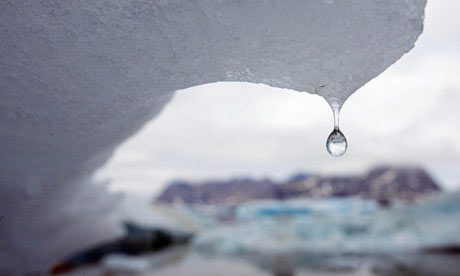 The future security of freshwater resources around the world is of increasing concern. Due to our interlinked global economy, water scarcity in many parts of the world could harm the global economy in ways we had not thought of. Shortfalls in crop yields and more variable food prices could be an early impact.

Our demand for water is closely linked to economic growth. As we grow wealthier, the more freshwater we require to supply cities, powerplants, factories, and the production of high-protein food such as dairy, meat, and fish.

It is not just a question of more people requiring more water. Rather, it is a case of more wealthy societies demanding much more water. In the 20th century, while the population grew by a factor of four, freshwater withdrawals grew by a factor of nine. If we take these past patterns and look forward, the outlook for 2030 is stark.

Currently, about 70% of the world’s freshwater withdrawals is for agriculture, 16% is for energy and industry, and 14% is for domestic purposes. Recent work suggests that unless we change our historic approach to how we use water, we could face a 40% gap by 2030 between global demand and what can sustainably be supplied.

Why is this so, and what are the implications?

Herein lies the water challenge. If we already use over 70% of freshwater withdrawals for agriculture and face an increase in demand for food by 70% by 2030, especially for water-intensive meat and dairy, it is clear that a business-as-usual approach is not an option. We cannot use over 100% of our freshwater for agriculture. Significant, perhaps radical changes in agricultural water usage will be required.

At the same time, our demand for energy will also grow, and energy is also a thirsty sector.

The International Energy Agency forecasts that the world economy will demand at least 40% more energy by 2030. McKinsey and Company estimate that 77% of the power stations we will need by then have yet to be built. By that year, China will need to expand its power-generating capacity by over 1,300 GW (1.5 times the current level of the United States) and India by 400 GW (equal to the current combined total power generation of Japan, South Korea, and Australia).

Increasing access to energy is a priority for many countries. 1.5 billion people in the developing world still lack access to electricity, and over 3 billion rely on biomass for heating and cooking. Yet energy needs a lot of water. In richer countries, up to 50% of freshwater withdrawals can be used in the production of oil, gas, and electricity.

Take the United States (US) for example. The US Geological Survey estimates that to produce and burn the billion tons of coal the country uses each year, the mining and utility industries withdraw 55- to 75-ton gallons of water annually. That’s about equal to all the water that pours over Niagara Falls in five months. In other words, about half of all water withdrawals in the US today are used to cool electricity-generating stations. (It is important to note that this water is not consumed; it is withdrawn from rivers and reservoirs and used for cooling, etc., then returned. But access to freshwater is still vital. No water, no power station.)

By 2030, the US is forecasted to increase its energy demand by 40%. Using current energy systems, this could translate into a large increase in freshwater access needs, up to 165% according to some analyses. The maths suggests that, with the demands from other areas such as agriculture, this simply can’t be done.

More challenging still, many “clean” energy solutions that the US may wish to pursue to meet its wider environmental obligations, such as carbon capture and storage, shale gas, nuclear power, and solar thermal plants, can actually require even more water for their systems than a coal-fired power station.

Against this water and growth conundrum, General Electric has asked if there will be enough water in the US to power the future. The Economist has written about the end to farming in the California valleys as a result of water shortages and water reallocations. In the future, the US will likely have to depend much more on other countries’ agriculture and water, so it will import its orange juice and raisins (and potentially its wine). Even the US Department of Energy recently told Congress that energy production in the US is at the mercy of water availability.

This water for food versus water for energy dilemma that the US already faces is similar to that which many fast-growing economies will have to tackle very soon. As much of Asia urbanizes and industrializes (and is encouraged to pursue lower-emission energy choices), more water will have to be directed toward energy and away from agriculture. Some modelings suggest that a 76% increase in water demand for energy and industry will be required across Asia by 2030 compared to today. Recall that this will occur at exactly the same time as these countries will also need to almost double their food production. Against a baseline of 70% of water already being used for agriculture, how can these competing challenges be squared off?

We can see first responses to the growth challenge of the food-energy-water nexus already being played out around the world as water-scarce, fast-growing economies in Asia and the Gulf seek to acquire agricultural land in water-rich countries like equatorial Africa. These so called “land grabs” are really about water. If our global trading regime offered a more effective trade in agricultural goods, there would be much less need for such land/water deals.

This challenging scenario of water trade-offs over the next two decades should also be set against the context of today’s water management challenges. Unfortunately, the story gets worse. Due to historical profligacy of water use, the old adage of “You wouldn’t want to be starting from here” holds true.

Many countries are extracting groundwater faster than it can be replenished (Mexico by 20%, China by 25%, and India by 56%). Over 70 of the world’s major rivers now hardly reach the ocean due to the extensive diversion of water for human use. If current trends continue, by 2030, increasing water scarcity could cause annual grain losses equivalent to 30% of current world consumption (just as we need 70% more food). As demand continues to grow, competition for water will intensify between economic sectors, as well as between geographies.

In addition, let’s not forget that a potentially changing climate will simply accelerate freshwater security challenges faced in many places around the world. Unlike options in energy, there are no substitutes or alternatives to water. We will simply have to adapt.

This is not just a problem for the very poorest nations. Water security will affect people in Australia, the Balkans, California, China, India, Jordan, Greece, Mexico, North Africa, Pakistan, Saudi Arabia, Spain, South Africa, and Turkey among others. Even southern parts of the United Kingdom can already be classed as under water stress.

For all these reasons, business-as-usual is not an option. We cannot manage water into the future as we have in the past. Given the timescales associated with turning things around in the water sector, the need for long-term planning, and the dire conditions in which some countries already find themselves, senior analysts suggest we have about ten years to act.

The good news is that the next few years hold great potential for a transformation in the world’s water management. Unlike climate change, no one can argue that the problem does not exist, or that solutions are quickly required. New technologies, new arrangements, and new policies will be required.

The water services sector, water processing, water recycling technologies, and water policy links to the energy and agricultural sectors are fast becoming a busy space for business, financial, and professional services firms, policymakers, and issue specialists. The World Economic Forum itself has embarked on a major initiative to help develop an improved fact base, and a public-private platform of advisory services to help governments that wish to engage in transformational water reform. This will tackle many of the challenges set out above in real-time and in real situations, and I will write more about what we find as it gets underway.

Suffice it to say the arrival of a space to talk about water and its links to business, governments, and growth is very timely. My congratulations go to the Guardian Sustainable Business section for embarking on this exercise. I look forward to a vibrant expert community of bloggers emerging and sharing thoughts and experiences on water, water and business, and water and our wider economic growth.